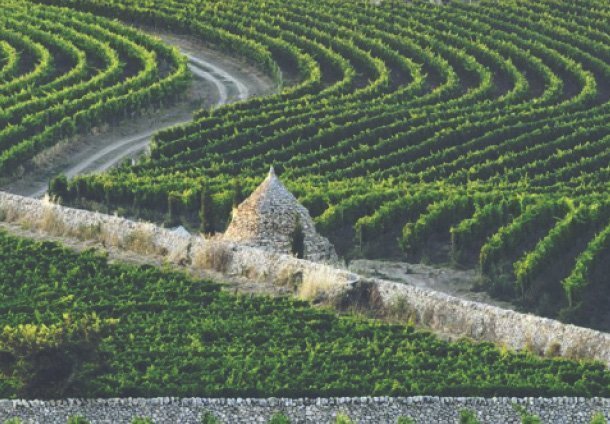 From Gargano to Salento, Apulia is a treasure trove of priceless treasures and architectural wonders, such as the UNESCO site of Alberobello, capital of trulli.
The unique conical buildings made with dry stone are also distributed throughout the Valle d’Itria, an appealing area in which to visit the trulli. Surrounded by vineyards and olive groves as far as the eye can see.
Apart from Alberobello the villages of Locorotondo, Cisternino and Martina Franca deserve a visit too. Just a walk through the alleys cherishing the squares surrounded by whitewashed houses with their characteristic flower-filled balconies, craft shops and restaurants where they cook delicious roast meat and other local specialties. Here you live the serene, surrounded by the scents and flavors of the past. 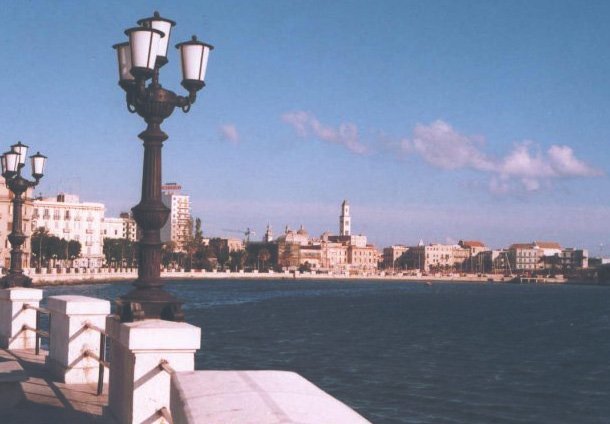 The capital of Puglia has many areas to be discovered. Take a slow walk through the romantic alleys, admiring the bright colors and the unmistakable aroma of home-made products. Take note of the ingredients for a typical recipe, a tasty discovery is the “tiella” made with rice, potatoes and mussels, as well as orecchiette, Bari are the upmost queens of the kitchen together with the soft focaccia bread with fresh tomato.
Eastern and Western styles meet in a single atmosphere in the town of Bari, the keeper of ancient religious traditions.
Returning to Polignano a Mare is a must do break. A poetic village perched on a high cliff, which is reflected in the waters of the Adriatic.
Again in the Murge territory you will find the Castellana Caves. Do not miss the opportunity to admire one of the most amazing natural sights of Puglia.
The visit to the Caves winds along a path of 3 km: a guided tour extraordinary, about 70 meters deep, in a stunning setting, where it has a fantastic reputation of caves, canyons, deep pits, fossils, stalactites, stalagmites, concretions from the forms incredible and amazing colors solicit the imagination of children and adults.

DAY TRIP TO
LECCE AND SALENTO 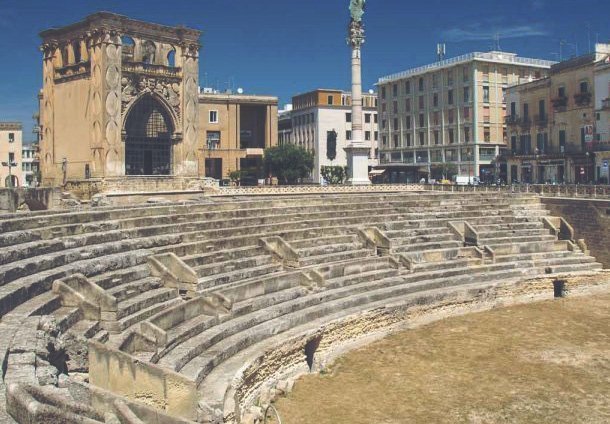 A walk around Lecce is a journey into the Baroque architectural style, with churches and palaces embroidered in stone, courtyards, secret gardens and astonishingly there is a Roman amphitheater in the heart of the city.
Salento is the most southern part of the heel of Italy, a long stretch of flat land that borders two seas: the Adriatic Sea to the east, the Ionian Sea to the west. The two coasts of Salento: the one on the Gulf of Taranto and the one on the Strait of Otranto, are especially attractive. From Gallipoli to Otranto along the coast the cliffs and rocks are above the deep sea. Between Castro and the Cape of Santa Maria di Leuca there are coves, harbors and beautiful sea caves for example Zinzulusa and Romanelli.
The city is within a radius of about 20 km south of Lecce, which retains strong historical ties with Greece. In local dialect ‘Griko’ and many of the gastronomic traditions, cultural and religious in the area have obvious Greek roots, which are celebrated with festivals, including the hugely popular and energetic night of Taranta. 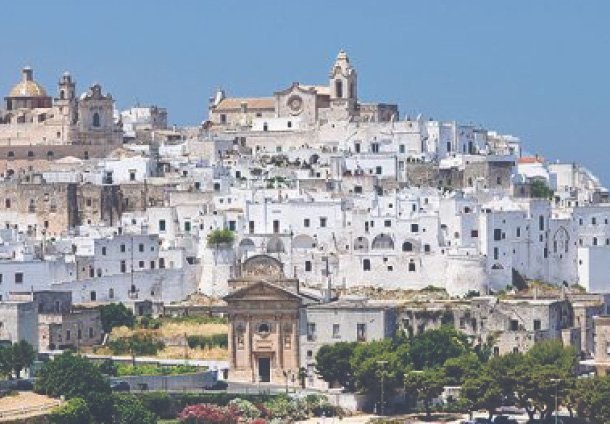 Ostuni looks wonderful on top of a hill, where the olive trees seem blended without a boundary and the blue of the Adriatic Sea is clear to sight.
The city also known as “white city” because of its houses painted with limewash it is the panoramic city per excellence. It is just 20 km away from Torre Canne and borders the southern boundary of the Coastal Dune Park, a protected area that stretches along 8 km of coastline from Torre Canne (Fasano) to San Leonardo Torre (Ostuni).
The park is of great appeal as it retains patches of coastal dunes characterized by the Mediterranean and is one of the major ecosystems in the territory thanks to its ponds, the rivers behind the dunes and fossil dunes.
In the perimeter of the park there are many farms and historic manor farms (masseria) dedicated to the production and sale of olive oil, queen tomatoes of Torre Canne, meats and cheeses.
Guests can explore the unspoilt nature of the largest marine protected area of Torre Guaceto, about 30 km south of Torre Canne.
A wild corner dominated by the Torre Aragonese from 1500. A paradise to explore coves, high dunes, making it a magnificent dwelling for rare animals to be admired by birdwatchers.

DAY TRIP TO
FASANO AND EGNAZIA 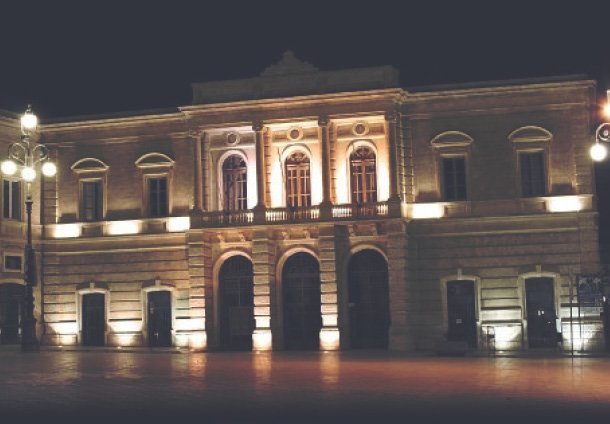 If it’s a family holiday in Fasano at Zoo Safari is a must for a day trip. From hippos to lions, pelicans and penguins, the Zoo Safari has over 50 different species of animals to see and so many areas to visit some by car, some walking, others riding on an electric train.
The history of Fasano is linked to that of Casale di Santa Maria de Fajano, under construction in 1088 at the hands of the people who left the ruins of Egnazia, the latter one of the most interesting archaeological sites of Puglia. The ruins speak of an ancient city located along the Appian Way, the ancient olive trees on one side and the sea on the other seem to keep it as a precious heirloom that has been the history of many civilizations following one another in time.